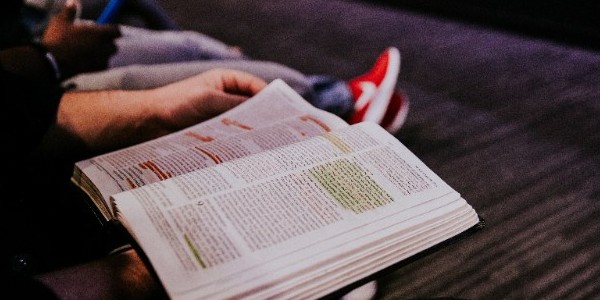 After Jesus’ resurrection and His appearance to the disciples, seven of the disciples returned to Galilee, near the Sea of Galilee where Jesus had called four of His disciples to be fishers of men. (See Luke 5:1-11.) The disciples went fishing. Perhaps they felt it reasonable to return to the fishing business since their stint as disciples was apparently over—or so they thought

In Bible times, nighttime was the preferred time for fishing. Fish caught at night could be sold fresh in the morning at the market. But by daybreak, the disciples had caught nothing. Jesus stood on the shore, but the disciples did not know it was Him. He called to them, “Men, you don’t have any fish, do you?” (John 21:5). Then He urged them to cast their net on the right side of the boat. They obeyed, and they were unable to haul in the big catch!

John knew right away who He was. “It is the Lord!” John exclaimed. Peter immediately tied his outer garment around him and jumped into the sea, swimming 300 feet to shore. When the other six disciples arrived in the boat, they found Jesus sitting beside a charcoal fire with fish and bread. “Come and have breakfast,” Jesus said. Jesus ate with His disciples; then He turned to Peter.

Emphasize to your kids that Jesus’ plan for the disciples did not end with His death and resurrection.

When Jesus first called the disciples to follow Him, Jesus had promised to make them fishers of men. Instead of catching fish, they would tell people about Jesus. (Luke 5:1-11) The disciples had left Jesus when He was arrested and even denied Him, but Jesus still wanted to use them in God’s plan. Jesus is the Lord who forgives us and makes things right again.

Scripture Memory:
Psalm 148:1-5 (Look up Seeds of Praise “Praise the Lord” on Spotify or Apple Music to play in your car during the week)

Big Picture Question:
What is our mission? Our mission is to tell others about Jesus.

Family Activity:
Go fishing as a family or pretend to fish using a dowel with a magnet and paper clips attached to paper fish. Review the Bible story as you fish.