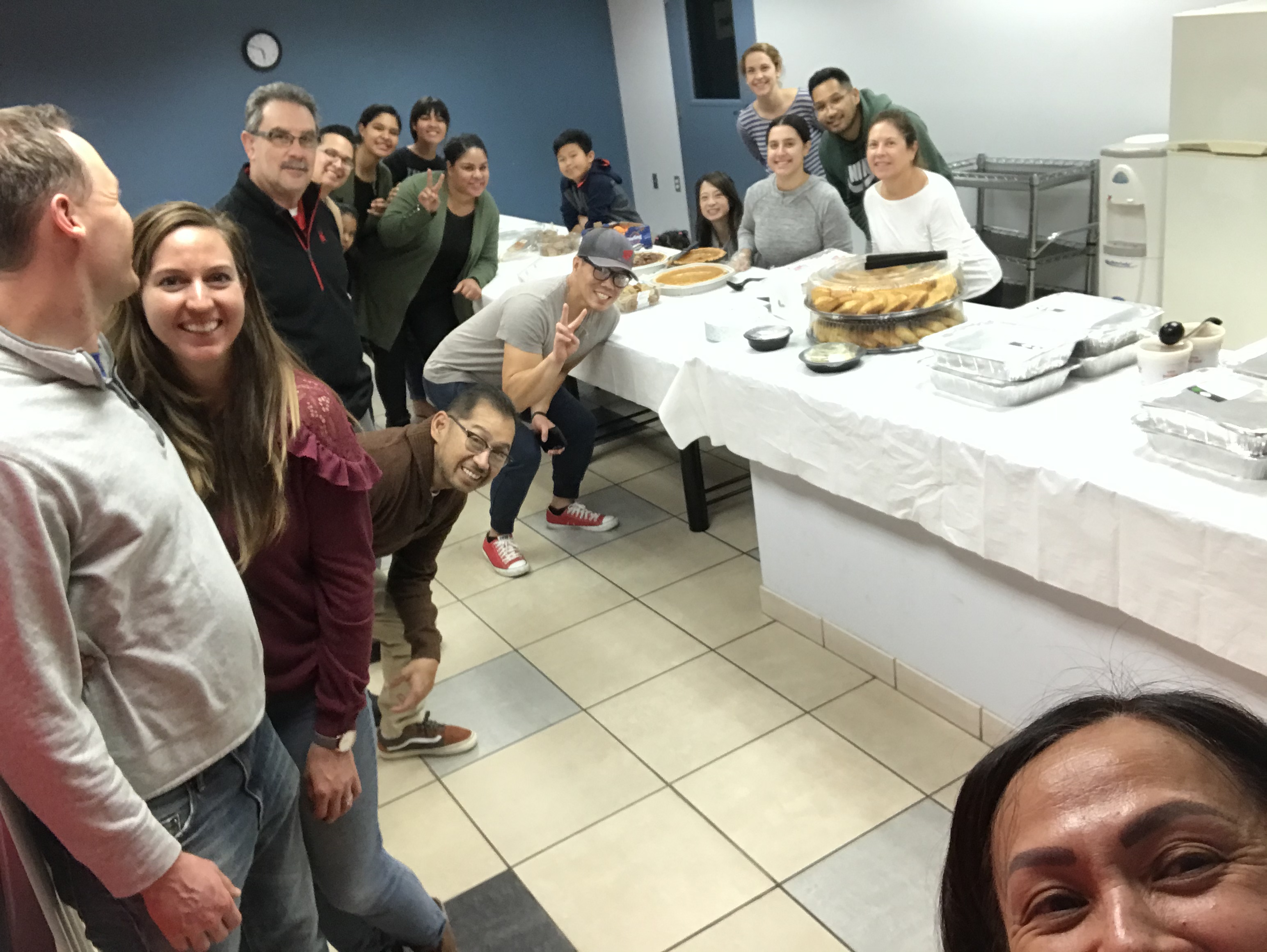 The Gaithersburg CG created and led the second year of celebrating Thanksgiving Dinner at The Seneca Heights Apartments of Montgomery County Coalition for the Homeless this past week! It was super! Since we were not allowed to pray in front of the residents because it was federally funded, one of the CG members gave a devotion as which shared the gospel to all the volunteers who were invited, before we served dinner.

We then sang Christmas carols, shared grateful moments, served dinner to 70 residents and 7 MCCH staff. After dinner, the volunteers gave out thermal socks and candies donated by another group. The residents were very thankful because before The Well hosted last year, MCCH had never had a Thanksgiving Dinner. The staff wanted our CG to communicate their heartfelt gratitude to The Well. Praise God for His grace.

To financially support the work of the gospel God is doing now, and what He has planned for us next, go to our Now+Next End of Year giving HERE.