One Service Summer, Sunday's @ 10am 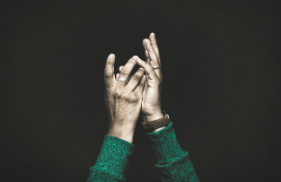 In the early hours of Sunday morning, June 12, a horrific act of violence took place at a night club in Orlando, Florida. When tragedy strikes it is often difficult to have the right words and actions in response. It is in times like these, as Christians, we must hold tightly to the truth of Scripture.

As Christians, we are to weep with those who weep and mourn with those who mourn regardless if they agree with us on a particular issue. (Romans 12:15) It is far too easy to defend our positions and political policy before we have taken time to grieve with those that are grieving. The church must be the example of love and compassion in a fallen and broken world.

Many friends, family, news reporters, and public figures will speak on the tragedy in Orlando over the coming days. “And let’s bear patiently with those who jump the gun, in arguing about the politics on social media. For many of them, the jump to talk about gun control or Islam or military preparedness or any other issue isn’t so much about pontificating as it is about frustration. They, like all of us, want this horror to end, and they want to do something—even if that’s just expressing themselves on Twitter. As the Body of Christ, though, we can love and serve and weep and mourn. And we can remind ourselves and our neighbors that this is not the way it is supposed to be. We mourn, but we mourn in the hope of a kingdom where blood is not shed and where bullets never fly.”1

What can you do?

Pray – As you gather in your community’s and 3D’s over the next week, take time to pray that God would bring healing to the victim’s families. That God would use this unspeakable tragedy to draw men and women to faith in Jesus Christ. Pray for the nation’s leaders and healing in our extremely polarized society.

Grieve – It is normal to grieve over the death of a person(s). Many of your neighbors, co-workers, and friends will be grieving. Sit with them. Ask questions. Listen to their pain. Share your sorrow openly. Death is not the way it is supposed to be.

Have Explicit Conversations – As Christians we know that the root cause of hatred and violence is sin. We have a Savior that will one day put an end to all sin. We are reconciled people and a people of reconciliation. We know that the ultimate hope for the world is in Jesus Christ. The truth of the Gospel needs to be proclaimed. In Christ we can have hope when hope seems to be lost. Do not shy away from hard conversations with your neighbors, co-workers, and friends.

Resources to Help You Pray and Process

Can We Still Weep Together After Orland? – Time by Russell Moore